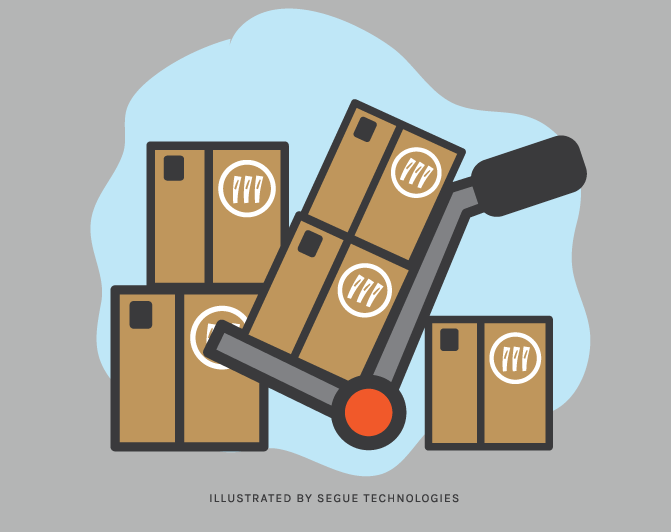 This past winter, Segue Technologies® moved its headquarters office from its previous spot on the fourth floor of the Navy League Building in Arlington, to a new, custom-designed space across the hall. Growth and change at Segue had made the previous quarters insufficient for our current corporate state.

“We are extremely excited about this new office space designed specifically to foster collaboration among our development teams and with our customers,” said Segue’s President and CEO Brian W. Callahan.“ The new office not only looks great, but combined with state of the art audio visual and telecommunications systems, we’ve improved our ability to support our growing, global customer base.”

What’s New with the Segue Office

“Segue decided to move to a new office for two reasons,” said Lyda Mitchell, Segue’s Director of Operations. “First and foremost, our lease was expiring. The second had to do with the fact that we had been on two different floors, which was hindering communication and the flow of work, so one of the biggest things we were looking for was a new space that allowed all of us to be in one, central location.”

Segue’s new office features an open floor plan, beverage stations, numerous large and small conference rooms, a large balcony, various casual collaboration spaces, LED lighting, exposed ceilings, and many windows, along with offices with glass panels instead of walls, to allow for an abundance of natural light throughout. The space also includes various hotel stations and telework pods to accommodate visiting off-site employees. Overall, it is designed to support open communication and the needs of a flexible workforce.

“We wanted the new space to have a lot of open, collaborative spaces for employees to be able to sit down and work with each other at the spur of the moment,” said Mitchell. “This is a trend we’re seeing in the development world- particularly with Agile Development– and I think it’s really important for people to be able to have a comfortable space to work that fosters creativity and collaboration.”

What This Means for Segue

Not only has Segue moved into its new space, but it has signed a lease to remain at the Navy League Building on 2300 Wilson Boulevard until 2026.

“I think this move means more stability for Segue and the beginning of a new chapter for the company,” said Mitchell. “We’ve clearly made a commitment to where we are physically located and to Segue’s missions and goals. We’ve laid down our roots here in Arlington and we are in it for the long haul.“

For more information on our move, check out the office tour video below: