The problem we were having was as simple as it is common: Our web application was sluggish and unresponsive and getting more so over time. The root of this issue could be traced back to how our application loaded the drop downs for code tables, some containing tens of thousands of records. The time to build and pass the records from the middle tier to our JavaScript framework on the browser was taking too long. In addition, we had a JavaScript framework that was heavily customized and several major revisions out of date. The effort involved to upgrade was tantamount to a complete rewrite so we decided to seek an alternative.That’s when Isomorphic’s SmartClient 9.1 came into the picture.

SmartClient is a unified front end and middle tier solution that simplifies the paging of data, while providing a cross browser compatibility.  It abstracts out the Ajax communication between the browser and the server and also provides a data layer that handles the CRUD (create, read, update, delete) operations to the database right out of the box. As you can see in the examples below, creating a simple grid on the form is easy. 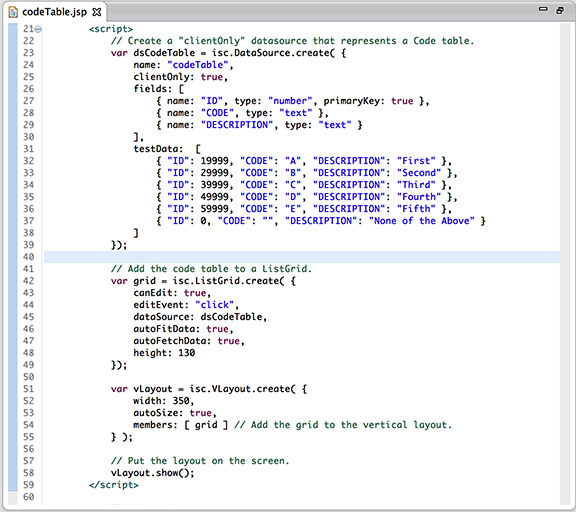 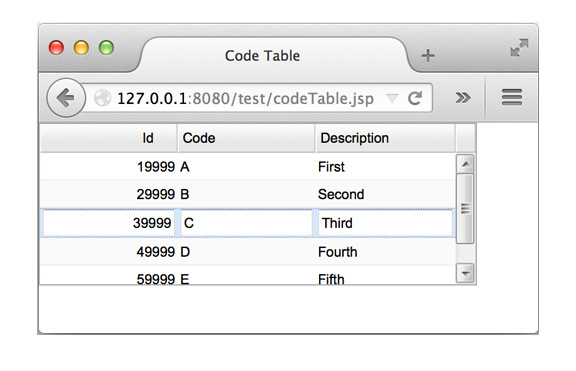 Of all the features of SmartClient, what really gave us the much needed performance boost was the built in paging that is worked into their grid display object. It loads only a small subset of the overall data initially and then loads the rest on demand as the user scrolls through the grid.  This is implemented as a wrapper on each SQL call that filters the number of records returned to the middle tier to 75 rows no matter how many records are in the table. That is done by adding ROW_NUMBER() OVER in each Select and an additional Where clause that only returns rows with those ROW_NUMBER’s in a specific range.  So if your users have a habit of hitting a page and only looking at the most recent data which is displayed by default, they may never go past the original 75 records. Now the developer doesn’t have to do a thing to make it happen, which makes loading those thousand record drop downs no longer a problem.

The Benefits and Drawbacks of Using SmartClient

As with every framework, there are pros and cons. Learning the “SmartClient way” of doing things may be a challenge and having a consultant onsite early in the process, as we did, was invaluable. Here are some of pros and cons that I’ve found:

While we haven’t pushed this web application to production yet, in side by side tests in our development environment the page load times after using SmartClient are demonstrably lower. Additionally,our development is ahead of schedule, despite utilizing fewer developers than originally planned. As you can see, these early indicators show that choosing SmartClient is a win.