There are many different relational database management systems (RDBMS) out there. You have probably heard about Microsoft Access, Sybase, and MySQL, but the two most popular and widely used are Oracle and MS SQL Server. Although there are many similarities between the two platforms, there are also a number of key differences. In this blog, I will be taking a look at several in particular, in the areas of their command language, how they handle transaction control and their organization of database objects. 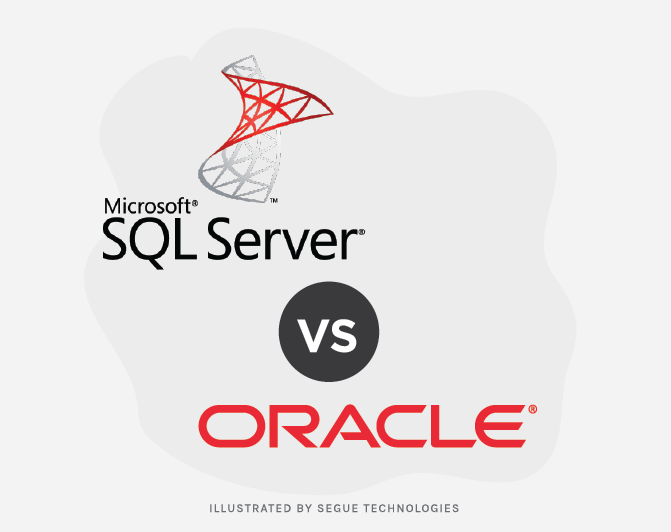 Perhaps the most obvious difference between the two RDBMS is the language they use. Although both systems use a version of Structured Query Language, or SQL, MS SQL Server uses Transact SQL, or T-SQL, which is an extension of SQL originally developed by Sybase and used by Microsoft. Oracle, meanwhile, uses PL/SQL, or Procedural Language/SQL. Both are different “flavors” or dialects of SQL and both languages have different syntax and capabilities. The main difference between the two languages is how they handle variables, stored procedures, and built-in functions. PL/SQL in Oracle can also group procedures together into packages, which can’t be done in MS SQL Server. In my humble opinion, PL/SQL is complex and potentially more powerful, while T-SQL is much more simple and easier to use.

Another one of the biggest differences between Oracle and MS SQL Server is transaction control. For the purposes of this article, a transaction can be defined as a group of operations or tasks that should be treated as a single unit. For instance, a collection of SQL queries modifying records that all must be updated at the same time, where (for instance) a failure to update any single records among the set should result in none of the records being updated. By default, MS SQL Server will execute and commit each command/task individually, and it will be difficult or impossible to roll back changes if any errors are encountered along the way. To properly group statements, the “BEGIN TRANSACTION” command is used to declare the beginning of a transaction, and either a COMMIT statement is used at the end. This COMMIT statement will write the changed data to disk, and end the transaction. Within a transaction, ROLLBACK will discard any changes made within the transaction block. When properly used with error handling, the ROLLBACK allows for some degree of protection against data corruption. After a COMMIT is issued, it is not possible to roll back any further than the COMMIT command.

Within Oracle, on the other hand, each new database connection is treated as new transaction. As queries are executed and commands are issued, changes are made only in memory and nothing is committed until an explicit COMMIT statement is given (with a few exceptions related to DDL commands, which include “implicit” commits, and are committed immediately). After the COMMIT, the next command issued essentially initiates a new transaction, and the process begins again. This provides greater flexibility and helps for error control as well, as no changes are committed to disk until the DBA explicitly issues the command to do so.

In short, both Oracle and SQL Server are powerful RDBMS options. Although there are a number of differences in how they work “under the hood,” they can both be used in roughly equivalent ways. Neither is objectively better than the other, but some situations may be more favorable to a particular choice. Either way, Segue can support these systems and help to make recommendations on how to improve, upgrade, or maintain your key mission-critical infrastructure to make sure that you can keep your focus on doing business.