In the Summer of 2015, Adobe launched the “closed beta” program for the next release of ColdFusion-code named “Raijin”. Raijin is the god of lightning, thunder, and storms in Japanese mythology, which continues a long tradition of ColdFusion harkening images of lightning bolts (their original logo,past code name Zeus, and future code name Aether). Back in October, I was able to sit in on a government-centric webinar that gave a preview of the upcoming release. Although no firm date was given, we can probably expect to see ColdFusion 12 in the first half of 2016. 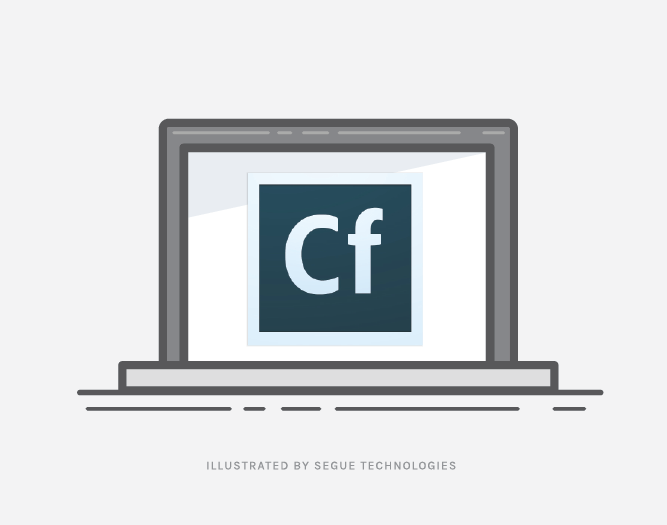 The Current State of ColdFusion

ColdFusion has been developing web technologies for 20 years now. According to Elisha Dvorak, ColdFusion Solution Consultant and Product Evangelist for Adobe, ColdFusion’s presence in the enterprise is as strong as ever with 70% of the Fortune 100, 100% of the top 20 banks, and 90% of government departments all using ColdFusion in some form. With usage like that, we can see why Adobe is still planning on keeping the ColdFusion party going by planning future releases.

Here are some of the features that may be included in ColdFusion 12. Please keep in mind that since this product is still under development some may or may not make it in the final release.

The first area discussed with ColdFusion 12, was Adobe’s commitment to integrate other successful Adobe products into ColdFusion, namely further Acrobat support. This seems to be one of their major focus areas and an important area for many enterprise level customers. Two new features for Acrobat support deal with the obfuscation of information. The sanitization feature allows users to strip out embedded javascript or metadata within the generated PDF file. Likewise, the redaction feature will allow users to indicate what content to redact or black out. Where metadata and comments are concerned, users will be able to import and export those to and from the generated PDF. ColdFusion will also support the newer PDF/A-2 and PDF/A-3 archival standards. Another feature discussed was the ability to attach files to a PDF. They also discussed adding a stamp feature (like “DRAFT” or “FOR APPROVAL”) for stamping PDF documents. Some developers may not have a lot of experience with PDF manipulation, but it can be very important with the increased digitization of documents.

A second area of focus for Adobe is security. Adobe does a great job keeping on top of security issues for their product, but sometimes developers can code in ways that could create vulnerabilities. One step Adobe is making to help mitigate this risk is to build in a code analyzer for developers to test their own code for security issues. Some issues that the analyzer can catch are cross-site scripting (XSS), cross-site request forgery (XSRF), as well as the top 10 known security issues. Other security features include NTLM Authentication, which will allow a developer to integrate NTLM logins with programs like Microsoft SharePoint. Probably this biggest visual change is the location of the “scripts” directory. Previously it was stored in the same directory as the ColdFusion administrator code. However, if you wanted to lock down that directory, it often meant problems with the “scripts” directory. Now they will move that directory to web root for each site defined in IIS or Apache.

In the second part of this series, I will discuss the language enhancements, mobile improvements, and the increased service-oriented architecture (SOA) support ColdFusion is bringing to ColdFusion 12.