In a recent post I discussed how Adobe hosted their first ColdFusion Summit. During this developer conference, Adobe previewed their next major product release ColdFusion 11 (codename Splendor) for the first time publically. Although Adobe representatives were coy about the exact release date, it is a good bet to look for it in the first half of 2014. However, if you can’t wait until then I’ve included some highlights of the new product below including changes in CFSCRIPT full tag parity, member functions, PDF creation, and manipulation and mobile development. 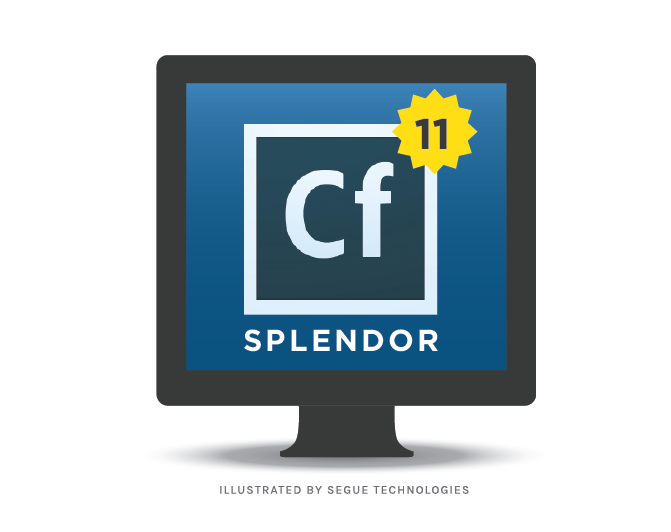 One of the biggest features to come to ColdFusion is script parity with all of their tags. Since ColdFusion’s beginnings, it has been a tag-based language. HTML is also tag-based, so they look similar. However when ColdFusion 8 really began to promote CFSCRIPT, it did so without converting all of ColdFusion’s many tags to script. Adobe’s engineers made choices about which tags they would convert and they quickly found out that developers wanted more. In fact, we have been clamoring for all of the tags to be represented in CFSCRIPT as soon as we got a taste of what CFSCRIPT could do. Finally, with ColdFusion 11 we will have this full parity.

Another item developers have had on their wish list is to be able to use member functions in ColdFusion. Previously, if you wanted to get the length of some object, you would have to use a function specific for that object. For example, to get the length of array you would use the arraylen function and surround the array object. With ColdFusion 11, you can also just add “.len()” to the end of the array. This makes the syntax a bit simpler to deal with and will look similar to other scripting languages.

ColdFusion has long been able to create and manage PDFs. However, if you have ever tried to make a PDF of a CSS or image rich website the result has been a big mess. ColdFusion 11 has re-written the PDF generation system. They are now using webkit, the same technology that a lot of modern HTML5 browsers use, to generate the exact same page you would see. In addition, ColdFusion 11 will also support PDF archiving and creating, signing, and otherwise working with digital signatures.

One of the cooler things coming to ColdFusion 11 is the tight integration for mobile platforms. In the past, Adobe tried to do a lot to assist in the “front end”/design experience but most developers found their attempts bloated and unnecessary. Learning from that experience (and all of the developers input), Adobe has developed a platform to easily engineer mobile applications using ColdFusion code. You can develop native phone apps, pure web apps, or a combination of both. What is interesting is that while you use ColdFusion code to help you develop the application, your code gets compiled to JavaScript. So you do not need a ColdFusion server to run these mobile applications. Some may not like Adobe automatically generating JavaScript code, but it is very much like them compiling your ColdFusion code to Java-or at least it is a similar principle. For those hardcore developers who hate everything auto-generated, you can always spend the time writing your own JavaScript. This new system works with their PhoneGap build platform, which is what takes your code and turns it into a mobile app.

With the announcement of ColdFusion 11’s features and their future roadmap plans for ColdFusion 12 and beyond, we really see Adobe’s commitment to the future of ColdFusion. While I am a developer with a few different technologies under my belt, I am proud to use ColdFusion as my primary language and can’t wait to see the final release of ColdFusion 11. Hopefully, we won’t have to wait too long.