So you’ve got yourself an Android phone and you’re interested in finding out just what it’s capable of. Maybe you’re tired of the stock look and feel of your device, or you aren’t interested in paying your service provider extra to set up your phone as a WiFi hotspot. Maybe you’re just curious. Whatever the inspiration that brought you to this point, now you’ve decided that you want to root your phone. But what does that mean, exactly? What can a rooted phone do that an unrooted phone can’t? Is it safe? How do you do it? 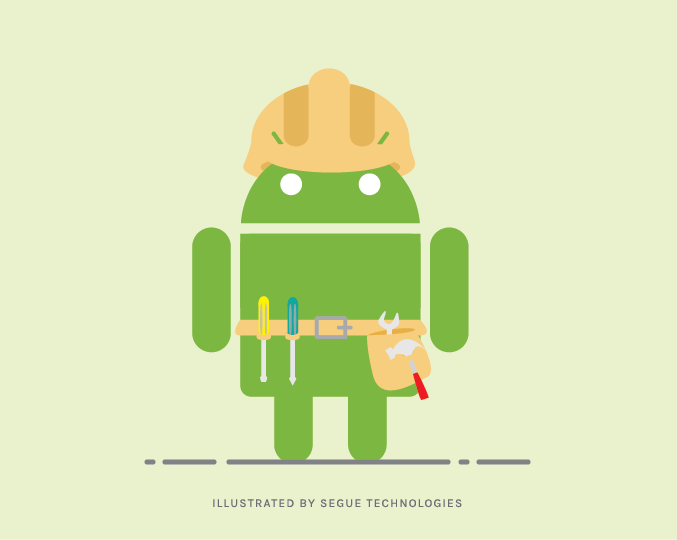 When you “root” your phone, what you are doing is granting yourself root-level system access. You’re sidestepping the limitations imposed by your carrier and will have control over virtually every aspect of your device. As a rooted user you can grant root level access to individual applications if they request it, which can allow them to make system changes not ordinarily permitted.

To further understand what it means to root your phone you have to understand a little bit about how the Android Operating System (OS) works. The Android Operating system is almost like two operating systems in one. On the surface is the application layer, which is where all of your apps live. Underneath that is what’s called the Linux Kernel. The kernel is the boss that really runs your device, and for the most part you don’t get to talk to the boss. When you run an application that requires a system resource like your camera, the app actually talks to the kernel and the kernel operates the camera. By default everything on an Android device is locked down unless the OS is told otherwise. This is what all of those android permissions are about; they tell the kernel that an application is allowed access to protected system resources or hardware. Once granted during installation, permissions will last forever and the interface between the application layer and the required system resources is seamless. Furthermore, for reasons of security and ease of use, device manufacturers and service providers will often impose their own limitations on what sort of system settings the user is allowed to modify directly. You cannot, for example, modify or remove applications pre-installed by your carrier (bloatware). Some low level system functions, such as toggling a reboot or changing notification light settings, may be restricted.

The Benefits of Rooting Your Phone

This is your device. You paid good money for it. Why shouldn’t you be able to take control and do anything you want to it? In addition, rooting your phone allows you to:

The Drawbacks of Rooting Your Phone

While rooting your phone gives you full control over your device, it can also cause problems:

Should I Root My Phone or Not?

For most users the answer is no. Even for an experienced Android user, the process of rooting a phone for the first time may not be simple and might not execute properly. In most cases you will be reliant on a third party tool or application created by a developer entirely unknown to you.

Your mobile device is an incredibly complex technological achievement. If you don’t really know what you’re doing and you try to monkey around under the hood, you’re likely to break something. “Because I can” isn’t the most logical of reasons to try to hack a $500 phone, and for most applications that require root access there is an alternative that performs many of the same functions that does not.

However, sometimes the answer is yes. If you are technically savvy enough to pull it off successfully. If you think that you understand the risks and take the necessary precautions. If you’ve just got to have that one particular root application, or if you’re excited about the nearly limitless customizations potentially afforded to you with unfettered system access then more power to you. Good luck!

There are dozens of different Android devices out there, and often more than one way to root each of them…or sometimes none at all. But as mentioned earlier, rooting can be very risky. The first test of whether or not you know what you’re doing is whether or not you can figure out how to do it!