In October, Adobe hosted their first ColdFusion Summit. This summit was a developer conference specifically geared toward those who use ColdFusion in their language toolbox. In years past, Adobe had ColdFusion as a track at their main conference, or were happy to sponsor third party-led conferences. While their expectations were modest, they were pleasantly surprised with the great turnout for this first event. Since it was Adobe led, they were able to present some inside information, such as a preview of the upcoming ColdFusion Splendor or ColdFusion 11 release. For more information about ColdFusion 11, check out my upcoming blog post about it. 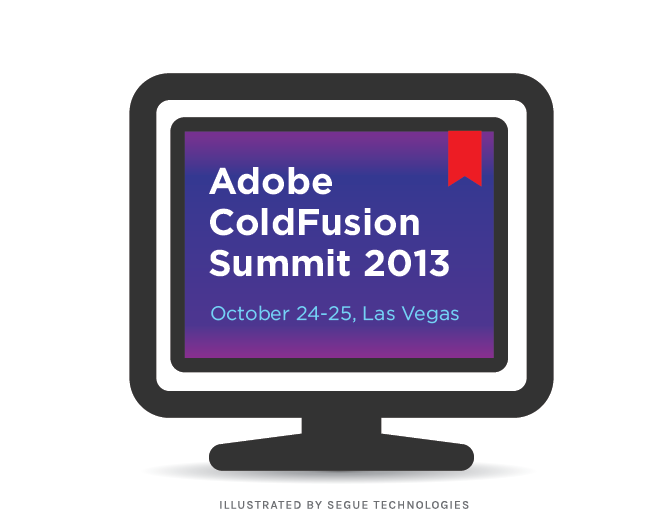 I have been to quite a few conferences but those I’ve attended most recently only had ColdFusion as a track or two, not the main focus. So it was nice to have a conference solely dedicated to ColdFusion. Ben Forta noted in his keynote address that we all need to be less concerned about calling ourselves “ColdFusion developers” but instead we need to be “developers” who use ColdFusion as one of the tools in our toolbox. Indeed, we are all developers who came together to strengthen our ColdFusion skillset.

For those of you who have attended these types of conferences, it really reminded me of the heyday of CFUNITED, a ColdFusion conference held annually in Washington, DC until 2010. I think that conference was much bigger, but because the response for the ColdFusion Summit was so overwhelming positive, I am certain they will try to accommodate even more people next year.

Some of the speakers and organizers noted a lot of new faces in the crowd. Indeed, I talked to a few people who were attending a conference for the first time. However, I also recognized quite a few people, both from conferences I have attended in the past and even companies I used to work for. While I did not care about the location as far as city (Las Vegas), the venue was excellent and I enjoyed the fact that the hotel complex could easily accommodate all of the attendees. The Mandalay Bay complex is massive and I bet the distance from my room to the conference center was about 1/2 a mile.

The speakers and presentations were fantastic. There was something for every level of ability. There was a large focus on the next version of ColdFusion, which is both good and bad. The good of course is that we learned about the latest and greatest features and we got a sneak peak at what lies ahead. The bad part of this is that the product is not likely to be released until the first half of 2014 and we’ll have to wait to use these features in a production environment anywhere from 2 to 8 months from now. Hopefully we will get to see this sooner rather than later.

Finally, the most exciting announcement for me was their educational initiative. For years, I have wondered (sometimes out loud) why I didn’t see ColdFusion taught more in colleges and universities. Apparently, in order to make this happen Adobe has to actively promote such an initiative to institutions of higher learning. Now Adobe is doing just that. Hopefully we will see more CF users as a result of what is taught in these courses.

Because the response for the ColdFusion Summit was so overwhelmingly positive I am almost certain they will try to accommodate even more people next year. I look forward to returning and seeing future changes with ColdFusion.