Written by Jeremy Galliani on August 6, 2015

The Federal Data Center Consolidation Initiative (FDCCI) was enacted in 2010. Its purpose is to audit, analyze, and reduce the number of Federal IT Datacenters around the world. One of the problems with the existing Federal IT environment is that the number of Datacenters grew quickly without much planning to account for future growth and efficiency. FDCCI was born in order to reduce cost, increase IT efficiency, and promote Green IT. 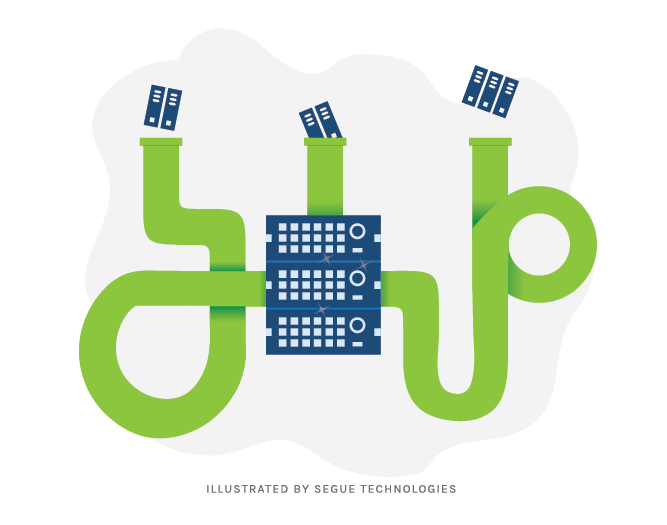 There are many costs points associated with operating a Datacenter including power, cooling, lease space, network bandwidth, hardware, personnel, etc. These recurring costs have continued to eat away at the Federal government’s annual IT budget and have become unsustainable. So it was only a matter of time before the Datacenter growth problem would be noticed.

As the FDCCI Taskforce began its audit, it was determined that many Datacenters were underutilized and IT systems were actually providing the same service in some situations, costing tax payers billions of dollars. The question was, how can the Federal government continue providing IT services to its workforce and reduce its IT footprint?  The answer lies with shifting to a new IT model that many of you are now familiar with – IT as a service.

The Federal government has fully embraced IT as a service or Cloud computing technology to assist with FDCCI implementation. Information Technology is now viewed in a similar fashion as a utility – you only pay for what you use i.e. compute power. As a result of embracing this strategy many underperforming and underutilized Datacenters have been closed or consolidated resulting in a more efficient and agile IT environment. The Federal government has even started utilizing commercial Cloud providers such as Amazon Web Services and Microsoft Azure. Outsourcing IT services to commercial cloud providers has allowed the Federal government to save millions and allowed them to focus on their mission rather than on IT infrastructure.

Green IT is an initiative to account for and reduce the energy used in Information Technology devices and services. The initiative applies to nearly all facets of IT. As you’d expect, the energy consumption of a Datacenter can be great in many cases, which is why FDCCI aligns with Green IT in the same way that it aligns with Cloud computing. Consolidating or eliminating the number of Datacenters reduces the amount of energy consumed, period. Creating or modifying Datacenters that can use renewable energy in some fashion also reduces carbon emissions. Cloud computing, Thin Clients, Virtualization and others are technologies that have been created to not only provide agile IT services, but have also taken into account the environment in which we live to try and be conservative with energy consumption.

The Federal Datacenter Consolidation Initiative continues auditing Federal IT investments and consolidating/eliminating where possible. As the Federal government’s utilization of IT services rapidly grows, FDCCI is helping ensure that its resource footprint will not.