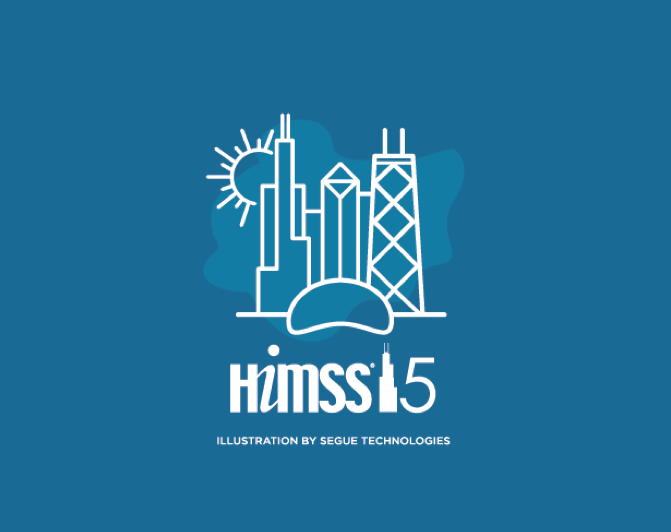 Another annual “super bowl” of Health Information Technology- HIMSS15- concluded last week in Chicago. Over 41,000 attendees, thousands upon thousands of exhibitors touting hundreds of thousands of apps, devices, wearables, gadgets, and systems; all for the betterment of society and progression toward a healthier mankind!

I completed my fourth consecutive HIMSS conference and was amazed to see the explosion of new telehealth products that have emerged over the past year for clinicians and patients, and the seemingly endless vendors marketing EHR, EMR, PHR, and Patient Engagement solutions. I attended multiple educational sessions including the Veteran Affairs (VA) VistA 4 way-ahead session, importance of using data analytics and GIS with data visualization, and the secure messaging demonstration. I also talked with leaders in the Department of of Commerce and the VA, networked with large and small contractors, chatted with many vendors, and attended the HIMSS Long Term Care/Behavioral Health Task Force meetup, just to name a few.

I attended a Patient Engagement Summit in Orlando in February and have since become more attuned to issues surrounding patient access to “all” medical records and inclusion of the patient in care plans.  It is the most logical, and you would think obvious, process to have the patient at the center of their care, but this is not the case. There is a groundswell of support to change this dynamic and have individuals access all, and own, their electronic medical records, rather than have payers and/or providers “allow” access through their proprietary portals. I have heard on more than one occasion where patients must access as many as ten portals from others only to discover there may be mistakes with the data, not to mention gaps. The patient engagement movement was in full force at HIMSS15 and it was a pleasure to join with them as an advocate for the cause. It seems to me that individuals should only need one portal to access their records, which would be at the Health Information Exchange (HIE) level, but there are a host of issues surrounding this idea currently.  Someday!

The Future of Federal Health IT

There is “something for everyone” and choices galore in Health IT now, which is a good thing but does, potentially, complicate interoperability and definitely requires strategic and tactical planning. The Office of the National Coordinator for Health Information (ONC) is, and must continue to be the guiding organization across Health IT, particularly in HHS but also within the VA and DHA. ONC was an active participant at HIMSS once again this year and in addition to continuing its Interoperability focus, also furthered their allegiance to the patient, VA, and DHA health care programs, and their recent report to Congress highlighting the troubling trend of Health Information/Data “blocking” by providers/payers, which must be rectified.

I look forward to HIMSS16 in Las Vegas next year and can only imagine how the landscape will change between now and then. It is an exciting time to be in the Health IT industry and an honor to participate in such a noble cause.