Written by Segue Technologies on April 29, 2015 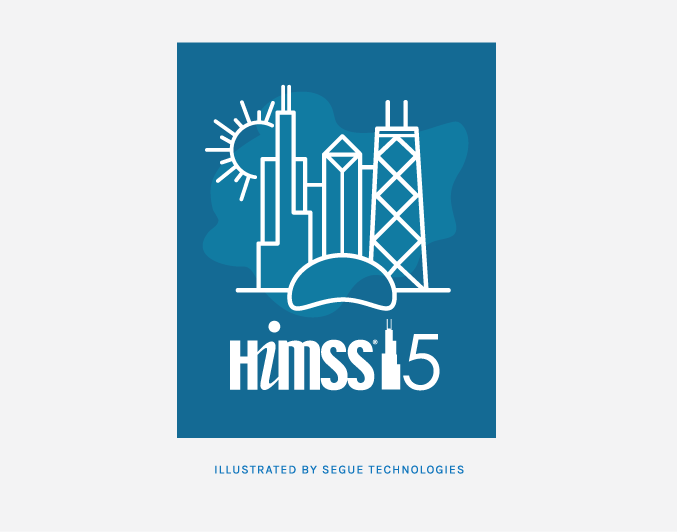 Deep dish pizza, rowdy Cubs fans, George W. Bush and EHR Security- HIMSS 15 had it all. This year’s annual gathering of the largest crowd of Health IT professionals in the US visited a lot of the similar themes from years past, but with a few new twists.

One of the most interesting but not necessarily shocking statistical differences from recent years was the growth in Mobile accessibility. HIMSS 2015 surveys concluded that up to 90% of of those in the Health IT industry use mobile devices within their organizations to engage patients. While this should come as little surprise, it’s still great to see that this stat is up by 20% from last year and over 40% from 3-4 years ago.

As one of the industry leaders in mobile application development in the DC area, these are promising statistics. With that being said, there is a still a remarkably huge gap in mobile implementation as defined by HealthIT.gov (Mobile Implementation). Only 18% of respondents indicated that their mobile technology environment was “highly mature.” Only 57% of those respondents indicated that their organization developed some form of a secure mobile policy and another third reported that their organization has yet to even develop any kind of mobile policy.

One of the most important themes from this year’s conference was that mobile device security was indicated as a “key component of current and future mobile technology policies” but there is obviously still a great divide in bridging the gap between EHR data and mobile accessibility.

Another key observation was the effect that Federal policy has had over the past year when it comes to “meaningful use” and its impact on organizational Health Strategy. Many physicians continue to struggle with the meaningful use program and are seeing penalties that are directly affecting their practices. At last year’s conference in Orlando, there was talk over this concern that the lack of meaningful use implementation would have a profound impact on the medical field by this time, and that data was not pretty when unveiled at the 2015 conference.

Lingering Pain Points for the Health IT Industry

Despite this being the largest attended HIMSS Conference to date (over 42,000) which included our 42nd President George W. Bush’s appearance on the second to last day, many of the similar pain points and themes that have plagued the Health IT industry for years, continue to rear their head. Although Federal policy has been steadily implemented across all areas as compared to recent years, there continues to be a clash when it comes to implementation and funding between both the Physician and the rapidly expanding IT worlds. It will be very interesting to see where we sit a year from now in Vegas for HIMSS16 on a few key areas:

I guess we’ll have to see how “how the dice will roll” in Health IT before Vegas next year. We’ll see you at HIMSS16! Till then make sure to follow us on twitter at @Seguetech and @SegueHealth.