Written by LaTonya Pearson on October 7, 2013 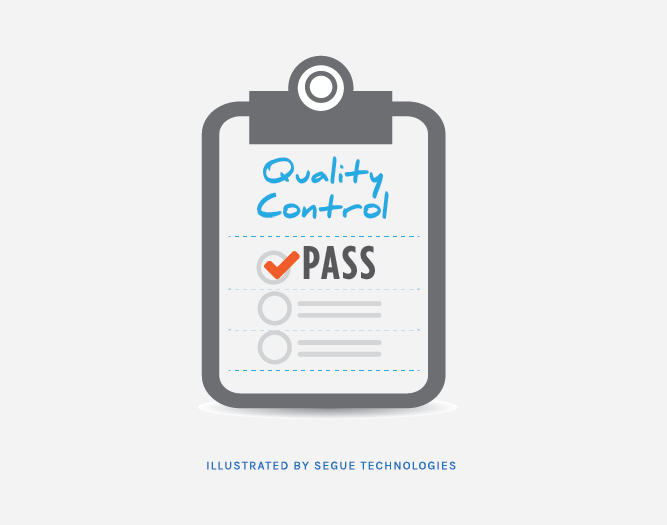 Segue’s internal service level agreement (SISLA) represents the agreement made between the Project Manager (PM) and the QC manager to facilitate effective coordination and adherence to the stated requirements. The agreement is initiated by the start of a QC effort for a Segue project and ends when either the project manager or QC manager decides to terminate it. The decision to terminate the agreement may result from a change of responsibilities or failure to adhere to project requirements by either of the agreeing parties. Disputes arising from non-compliance with the terms and conditions of a SISLA are resolved by executive management.

Service delivery is a series of activities and tests conducted by the QC team to ensure the full execution of the SISLA and service requirements. This process begins soon after the approval of the service request. The QC manager verifies the level of skills and the available human resources to carry out the specified tasks. Based on the available resources, the QC manager designs the Test Strategy Document, which facilitates execution of all required tasks. This is followed by task analysis, which involves identification of the level of testing needed, task plan, suitable time allocation. The QC manager assigns the tasks to the members of the QC team according to their knowledge and skills. Once the tasks are assigned to QC team members, the QC lead designs the test by performing three major tasks, namely requirement verification, functional risk verification, and test case generation. The team sets up a production-like environment, which helps in management of test data.

The test team uses the test risk analysis results and test strategy to perform the actual tests. The test execution cycle consists of three phases, which include entry criteria, core validation, and exit criteria. The test team conducts a “lessons learned” exercise that is scheduled two days after completion of every test cycle. The lessons learned session helps in collection of critical information for improving testing for subsequent cycles and/or projects, such as:

Solutions for resolving defects are identified and a decision for improvements in the subsequent cycle made.

After completing the service delivery phase, the team submits a QC report to the PM to furnish them with information regarding the state of the system and lessons learned during the test. Delivery of the Test Project Report by the QC manager/lead and its reception by the PM, finalizes the service delivery process unless a new service request is made to initiate a new agreement.