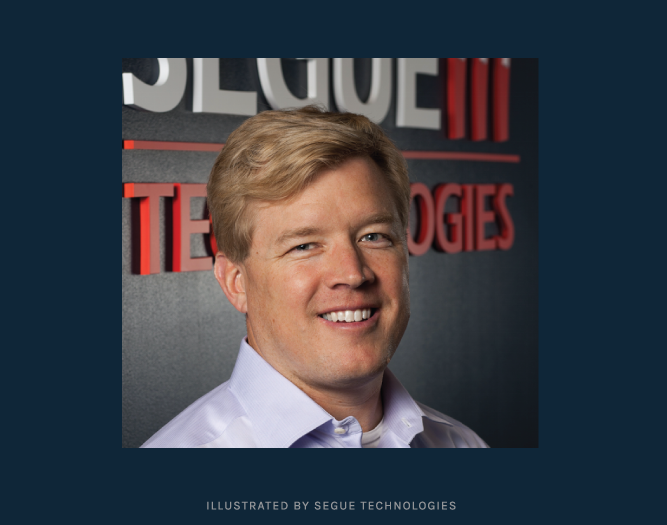 Brian W. Callahan, President and CEO of Segue Technologies®, was featured on Federal Tech Talk where he discussed the secrets of Segue’s success as well as how the company has worked towards mastering agile and mobile development and data analytics. Federal Tech Talk, which airs Tuesdays and Thursdays at 1 PM on Federal News Radio, is hosted by John Gilroy of Lectromec. Each week Gilroy talks to public and private IT experts about some of the IT challenges and trends agencies within the industry are facing.

Federal Tech Talk looks at the world of high technology in the federal government. Host John Gilroy speaks the language of federal CISOs, CIOs and CTOs, and gets into the specifics for government IT systems integrators. John covers the latest government initiatives and technology news for the federal IT manager and government contractor. Follow John on Twitter @raygilray.

Federal News Radio 1500 AM and FederalNewsRadio.com comprise the key source of breaking news, information and analysis for the individuals responsible for carrying out and supporting the missions of federal agencies. Federal News Radio addresses federal agency managers, policy makers and contractors and broadcasts throughout the Greater Metropolitan Washington area.

Federal News Radio’s coverage is non-partisan, non-political and is designed to help executives more clearly understand and make better decisions about issues affecting their agencies and their companies.