Picture it. You’ve just spent months working closely with developers, designers, and project managers, to design and develop your mobile app. You’ve signed off and given final approval and the app has shipped. Now the vendor who developed the app wants to talk to you about a maintenance contract. If you’re like a lot of people, the idea of paying more money for something you just bought may sound absurd… and so you decline. 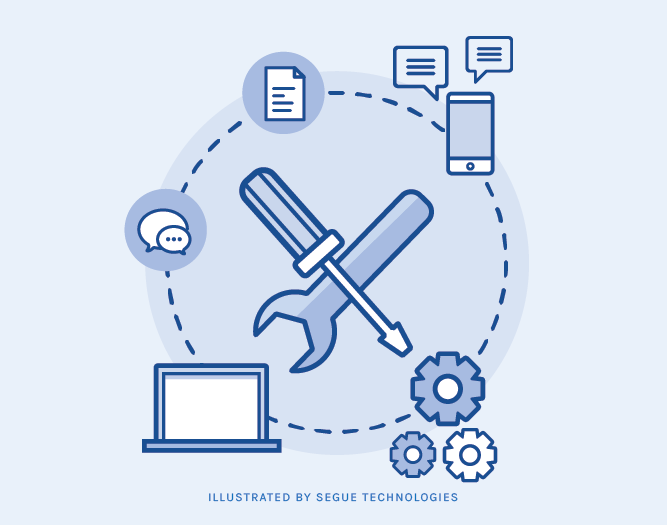 A few months later, your app is a success with a growing base of happy users. Then, suddenly, you notice a sharp drop off in app sales. Looking for a cause, you see your pristine five star app rating has dropped to one star due to a flood of recent reviews complaining about the app not working. You check everything you can and eventually find yourself having to contact the vendor who developed the app to see what they can do. Even though you no longer have a contract with them, they graciously have one of their developers take a quick look at it and schedule a meeting to discuss it.

However, it isn’t the same developer who built your app and this developer doesn’t know what is causing the problem, so an investigation is required in order to move forward. The investigation and fix implementation won’t be free, so a contract is needed. In the meantime you’re losing a lot of time waiting to get the contract squared away, for a developer to become available, for development to be completed, and for a fixed to be deployed. All the while your users are getting more frustrated and losing confidence in your brand.

How much is it worth to you to prevent this from happening? Probably a lot more than the cost of that maintenance contract.

Why Do I Need a Mobile App Maintenance Contract?

Mobile devices aren’t like other development platforms. A combination of business drivers, technology changes, and usage characteristics cause mobile apps to suffer from a much higher rate of change than web or desktop applications. These changes are initiated by device manufacturers and operating system owners like Apple and Google, and are entirely beyond the control of app developers.

Here is a list of typical frequent mobile platform changes:

It would be great if all of these changes were saved up and happened at the same time annually. Unfortunately the reality is that different changes occur at different times of the year – and some happen with little or no warning.

What Happens If I Don’t Have a Mobile App Maintenance Contract?

There are two primary effects of not having a maintenance contract. The first, as mentioned above, is that no one is watching when your app starts breaking. This causes an excessive lag between a problem occurring for your users and a fix being implemented, creating dissatisfied, frustrated, and disengaged users who may negatively rate your app.

The second effect is that no one is tracking how to keep your application up to date. With all the constant changes happening in so many different areas, there are many deltas to track between how the app currently functions and the environment it currently operates in. Without someone tracking these deltas, any efforts to update your application have to start from zero and analyze how far behind the app is in various areas. This analysis costs time, and therefore costs money.

If you’re lucky and nothing bad happens to your app, it will still age quickly without a maintenance contract. After 3-4 years with no maintenance attention, any significant changes or fixes may require a complete rebuild of the application from scratch.

At Segue, we suggest always having an active maintenance contract in place for your app. We think it’s a smart investment and it shows good planning on the part of the app owner.