Written by Segue Technologies on March 27, 2014

There are quite a few changes in Windows server 2012 R2. A quick internet search will give you all the nitty-gritty details of the many, many changes you’ll find in the latest version. The most important and visible ones are the new interface, improved performance, PowerShell, the new Resilient File System, improved Hyper-V, and simpler licensing. 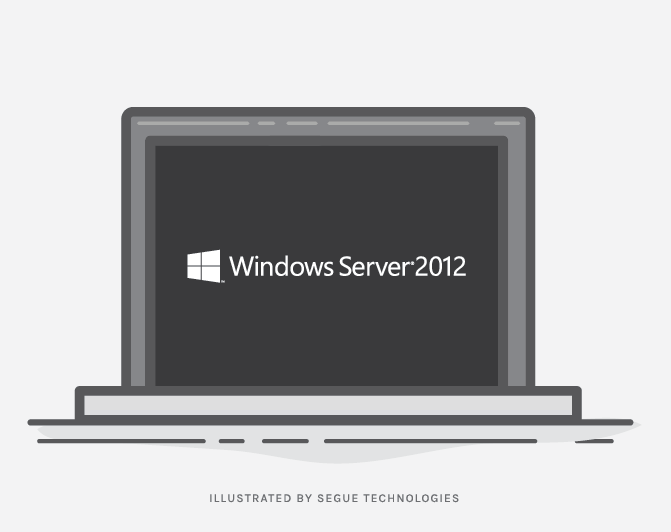 Microsoft has finally decided to focus on two major categories in IIS: scalability and manageability. Dynamic Site activation is one improvement in the scalability category. This is designed to reduce the memory use and startup times of websites for organizations that have a lot (over 100) of websites. The other notable scalability improvement is called idle worker process page-out. Rather than terminating worker processes of a website that isn’t being used, it suspends them. It is designed to reduce the memory resource demands.

Logging enhancements and event tracing has made a huge improvement to manageability of IIS 8.5. One of my favorite additions is the fact that you can now automatically rebind renewed certificates for websites. While this isn’t a groundbreaking change, it does fix one of my personal pet peeves.

Server 2012 has PowerShell version 4 now. This version has over 2300 commandlets, compared to around 200 in Windows Server 2008 R2. Every element of the operating system and virtually every other companion server, such as SQL, Exchange or Lync, is completely manageable through PowerShell. This is so ingrained that the GUIs are just buttons that call PowerShell scripts underneath.

This new Resilient File System is even more robust than NTFS. CHKDSK runs much faster and now can run on online disks, with no reboots required. Automatic data de-duplication not only is very useful, but pretty much a necessity these days. We rely on our massive amounts of data, and being able to have de-duplication built in is a great addition. In addition, the evaluation program ddpeval.exe is available, which can tell you how much disk space de-duplication can save you. The fileserver feature has also been revamped and the protocols have been tweaked for faster file transfers over slower connections.

Group Policy has a new “Policy Cache” setting which allows domain-joined machines to store a copy of the group policy settings on the client machine and, depending on the speed of access to the domain controller, use those at startup time instead of waiting for the policy settings to download. This can improve startup times on machines that are disconnected from the company network. New Group Policy settings have been added to accommodate the new features in Windows 8.1 and Internet Explorer 11, such as enabling/disabling SPDY/3 support, configuring start screen layouts, and detecting phone numbers in web pages

The third release of Microsoft’s hypervisor is now a mature, stable, high-performance product. Hyper-V in Windows Server 2012 R2 enables you to create a virtualized server computing environment. You can use a virtualized computing environment to improve the efficiency of your computing resources by utilizing more of your hardware resources. This is possible because you use Hyper-V to create and manage virtual machines and their resources. Each virtual machine is a virtualized computer system that operates in an isolated execution environment. This allows you to run multiple operating systems simultaneously on one physical computer. In the past, when you thought of virtualization, you automatically probably thought of VMware. The new enhancements in Hyper-V really make it a contender, and VMware is no longer the only viable option for Datacenter virtualization.

Many new features have been added to Hyper-V, including network virtualization, multi-tenancy, storage resource pools, cross-premise connectivity, and cloud backup. If you use Microsoft’s VDI and terminal server offerings, you will find that their performance has also been improved substantially. Features like server GPU acceleration and emulation, enhanced RemoteFX for touchscreens, and better support for connections over public internet have been added. VDI images can either be pooled or personalized (like Citrix) and pool images can also have a personal disk attached to it.

Licensing has been made simpler for Windows Server 2012 as well. There are just four versions– Foundation, Essentials, Standard, and Datacenter. Foundation and Essentials versions are aimed at the small business market, whereas the Standard and Datacenter versions are suitable for larger applications. In the past there were different core features in their different versions. Thankfully, that is no longer the case. If you read into the differences between the higher end versions, the only difference between the Standard and Datacenter version is the limitations on virtualization.

Having used every flavor of Windows Server since Windows NT 3.1 (back in 1994), I am happy to report that Windows 2012 has been a great addition to our datacenter. Windows 2012 has proven to be stable, feature rich, and very easy to administer. If you haven’t already, I would highly suggest you give Windows 2012 a try!