Written by Segue Technologies on April 2, 2013

Software projects, especially large and complex ones, require a significant investment in testing to ensure that they are successful. This specific investment is in time, staff resources, and additional costs, which can quickly add up and make the cost of testing increase the overall scope of the development project. Luckily, automation testing can often be implemented to speed up the process and reduce these costly testing investments. Automation testing is testing without using manual labor or testing that creates automated scripts for previous repetitive, but necessary, testing in a formalized testing process already in place. It also adds additional testing that would be difficult to perform by hand. 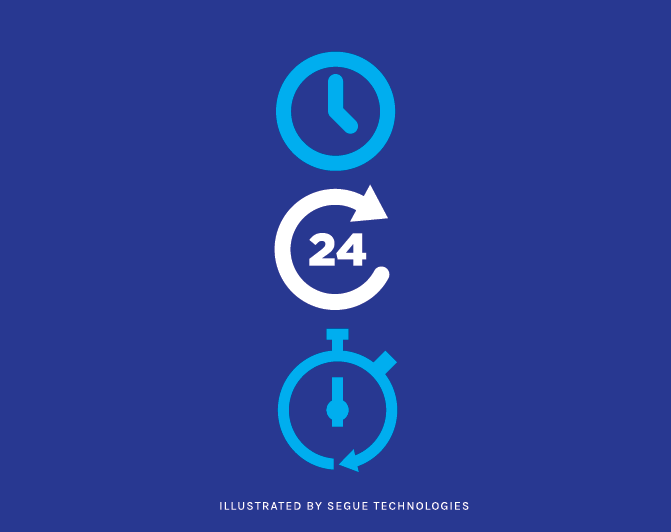 An example of this would be a scenario in which your team is building a new product from scratch. For each development iteration, you have to verify new requirements, implement new features and ensure that whatever you have built and tested successfully previously continues to work properly. This is where automation comes in; it not only acts as a safety net against old features or regression tests, but most importantly, it totally frees up precious developer and tester time, allowing them to focus on the tasks at hand more efficiently.

When Is Automation Necessary?

Since not all projects require automation, you need to consider the efficiency of manual tests and see how much coverage the project entails. For instance, if the project is a small one, automation testing should not be a requirement since you may not have the money or resources needed to complete the project and hire an automation specialist. However, for larger projects, bringing in an automation expert is a necessary step in testing, even if it may be a little costly. Using simple automated scripts instead of manual tests with certain projects that use websites could be both cost and time effective. This would ultimately reduce the time spent on testing as a whole.

What Automation Testing Can Add to Your Project

An automation specialist is a more highly skilled person than a regular tester, since he/she would already be an experienced manual tester with additional automation skills. Bringing in a person with these kinds of skills would enhance the testing process even more by reducing manual testing hours and decreasing the number of test cases and test data. Furthermore, the tools and frameworks you use to achieve automation can become a dependable resource for larger projects if there is a budget to cover that aspect of testing. Manual testing should still occur for a while even though automation helps speed up the testing process as a whole. However, automation in general should not be the real goal of your testing efforts for a big project, because if you focus on the whole picture, the main goal should be to support new development efforts by providing quick feedback to the whole team.

Things to Consider with Automation

1. Cost and Resources: What is your budget and how many resources can you afford?

3. Manageability: What is the scope of the project?  Can Automation be included and be still be cost effective?

4. Execution Time: Manual vs. Automation.  How much time can you save with automated tests vs. manual?

In addition, it is also important to keep your test cases/scripts and test data independent of the selected test automation tool due to the changes in format, layout, design, technical changes and updates to the code For example, creating tests with hard-coded test data, system configuration, and properties makes them difficult to maintain, because in the long run, configuring the test data makes it difficult to change your test updates midway through a project if you were to run into any unanticipated issues and problems. Keep in mind that the most important part of your automation is the tests.

The Value of Automation Testing

A lot of project teams spend most of their time and effort creating a nice framework with a lot of features but forget about the tests. Don’t let the main code become more important than the test code since what you use to test should be the main priority. The real value of any automated testing effort is derived from the test results it produces, instead of the quantity of automated test scripts. Additionally, you should not automate just for the sake of automation. Consider the costs involved, the resources and stakeholders, and the main concerns like maintainability and execution time before adding new tests. Automated tests reduce the testing time as a whole, but you need to comprehend that they become part of the production code base and therefore must be maintained just like the rest of the code, for the entire life of the application. Adding tests that are overly complex or difficult to maintain can slow down the feedback cycle to the team and should be avoided, which would lessen the importance of automation.

Here at Segue, we have seen the benefits of doing automation testing firsthand. For instance, a recent Segue customer was very appreciative of the fact that automated tests were performed at a high level on their project, which enhanced their testing abilities. Implementing automation testing in the beginning of the project cut their scope in half, despite the fact that their testing team was having trouble coming up with a tool to decrease manual testing time initially. They were able to release their project on schedule and also grasp the idea of automation to integrate into their other testing phases.  This in fact reduced costs, man hours and resources.

Customer satisfaction is the key and automated tests can be of great value, especially when time is of the essence. Testing performance in a faster, timed manner greatly decreases the chances of having to do a rework and provides you with results much more quickly.